“Hey, Japanese taxi driver, take us to the best restaurant in Kobe!” 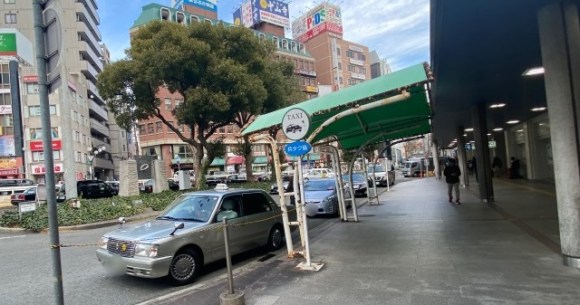 It took more steps than we’d expected, but we finally got an answer.

For most people, when they’re in a new town and feeling hungry, they’ll go online and pull up a local restaurant review site, or maybe crack open a guide book and see what suggestions it has. We’re not most people, though, so when we need a restaurant recommendation, we ask a taxi driver.

So when our Japanese-language reporter Ikuna Kamezawa found herself in Kobe on a recent morning and felt her stomach start to rumble, she headed to the taxi line outside of Sannomiya Station, downtown Kobe’s main rail hub.

The key to getting a good taxi driver restaurant recommendation is to find someone who really knows the neighborhood. So Ikuna hung back and let other people hop into the first few cabs, which had younger drivers, and waited until she saw a man behind the wheel whose age implied a bit more experience driving, and eating, in Kobe.

After hopping in the cab, Ikuna explained that she’d come from Tokyo, and made her request, saying “Please take me to the best restaurant in the neighborhood,” to which he quickly responded:

“Huh? Look, I hear what you’re saying, but…that sorta depends on what kind of food ya wanna eat, ya know?”

He had a point. Kobe is a big city, so she probably needed to narrow things down just a bit. Since Kobe was one of the first cities in Japan to open up to foreign trade and residents, it’s got a reputation for delicious international cuisine, and so Ikuna asked the driver to take her to the best yoshoku (Western cuisine) or Chinese restaurant. “All righty, then, let’s head to Nankinmachi,” he said, referring to Kobe’s Chinatown district.

The taxi pulled out into traffic, and Ikuna sat back while her mouth started watering at the delectable delicacies that awaited her. Maybe she’d get to dine on-

They’d only been on the road for a few minutes, but the driver said they were already at their destination, with her fare coming to the industry standard minimum of 660 yen (US$5.75). That’s when Ikuna remembered looking at a map and seeing that Sannomiya station and Chinatown are only about a 15-minute walk away from each other.

Unfortunately, the interior of Kobe’s Chinatown is closed to vehicular traffic, so Ikuna was getting dropped at the edge of the neighborhood. “There are a bunch of food stalls selling munchies on the streets, so just grab whatever looks good. That works for ya, right?” said the cabbie.

But Ikuna replied that she was looking for a sit-down restaurant meal. “Ah, gotcha. In that case, just look for some restaurant with a line of people waiting to get in. Can’t go wrong like that,” he told her. Ikuna then asked if he could perhaps recommend a specific restaurant, and that’s when she finally got a name: Gaen Shuka. “I wouldn’t call myself a regular or anything, but I eat there from time to time.”

Ikuna couldn’t help but wonder if he was just trying to get rid of her, and she felt a little more suspicious still as she followed the walking directions the taxi driver had given her. Remember, before finally mentioning Gaen Shuka he’d told her to look for a restaurant with a line of people out front, but there were hardly any people around at all, and certainly no lines.

Still, he’d given her a big smile and a warm “Take care!” when she’d gotten out of the cab, and there really did turn out to be a restaurant called Gaen Shuka that his directions led her to.

It was at this point that Ikuna realized that she’d forgotten to mention anything about her (modest) budget, and she was a little apprehensive as she climbed the stairs to the second-floor entrance. She breathed a sigh of relief, though, when the staff said that they were serving a lunch set for 1,650 yen (US$14), which isn’t unreasonable by Japanese restaurant standards, and is a luxury affordable enough for us.

You get your choice of one of eight main dishes, and Ikuna opted for the happosai (also known as babaocai), a dish of stir-fried vegetables and seafood, First up, though, was a bowl of delicious soup…

…and an appetizer of mayo shrimp, always a crowd-pleaser at Chinese restaurants in Japan.

Then came her happosai, beautifully arranged and enticingly glistening, with the shrimp and squid special standouts in the deliciousness department.

The seasoning was flavorful but deftly balanced, with a refined, high-class feeling.

The set also came with unlimited refills of rice and a free pot of jasmine tea. While those might be standard at Chinese restaurants in some other parts of the world, they’re usually additional charges in Japan, and to cap things off, there was even a dish of annin tofu for dessert.

The restaurant had a relaxed, elegant atmosphere, and Ikuna thought it was just the sort of place to treat yourself to a meal out on a day off or to go on a lunch date. Really, it was so good that she felt a little guilty about suspecting that the taxi driver might have been trying to just get rid of her when she’d asked for his recommendation…and she felt a little guiltier still once she’d paid her bill and was back out on the street.

That discrepancy where the taxi driver had told her to look for any restaurant with a line, but there weren’t any lines? Ikuna had forgotten to take into account that she’d gotten out of the cab at about 11:15 on a weekday, when it was too early for local workers to be eating lunch and the wrong day for large crowds of sightseers. But now it was around noon, and there were plenty of places with lines out in front of them.

So in the end, it doesn’t seem like the cabbie was trying to blow Ikuna off at all…but she’s still glad she got a specific restaurant recommendation out of him.