Intuition Is The Main Ingredient In Authentic Caribbean Cuisine 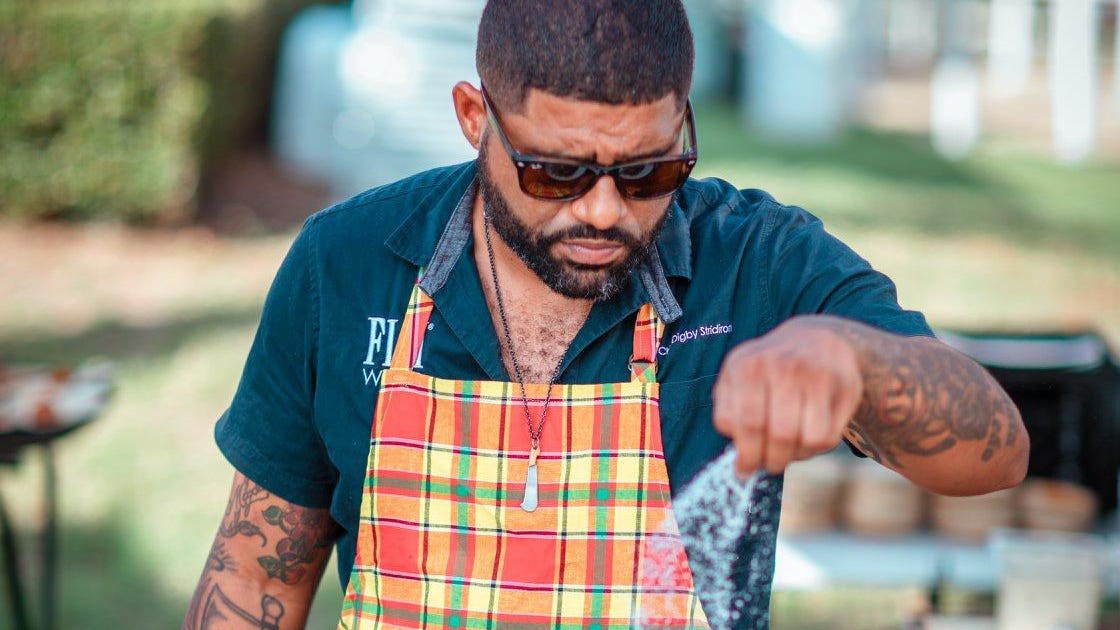 Caribbean culinary traditions originated with intuitive or “feel” cooking. The most common foods associated with the region were not born of recipe books or cooking shows or popularized by the latest influencers or Instagram feeds.

The most popular Caribbean dishes have been a product of adaptation. The Taino Indians and African Maroons of Jamaica originally used Jamaican jerk seasoning as a preservative. The Barbadian national dish of cou-cou, made of corn meal and okra or ochroes (which came to the region from Africa) typically paired with flying fish, became popular during the early colonial period due to its affordability, and bears a striking resemblance to Ghanaian Banku.

Caribbean intuitive cooking was conceived on early Amerindian settlements, in the heart of West Africa, on Trans-Atlantic slave ships, in the migration of Chinese and Indian indentured labourers, through Syrian merchant migrations and accentuated by English, Spanish, Dutch and Danish colonial influences. The earliest Caribbean food pathways were rooted in struggle and— in resilience— and despite the advent of technology, Caribbean culinary traditions remain in the most authentic of places, in the DNA and the souls of Caribbean people.

Intuitive cooking in its purest form uses ingredients that are in season, doesn’t depend on a well-stocked pantry and is both mindful and “heartful.” There is no room for fad diets, strict recipes or ultra-processed packaged meals. Creativity, innovation and ingenuity are all born here.

“Cooking from an intuitive standpoint allows our kitchen to express itself daily based on what’s available,” says Chef Digby Strideron, a Contemporary West Indian Chef from St. Croix in the US Virgin Islands.

Seasonal ingredients and regional recipes inspire Strideron, “bringing out” his creativity and allowing him to “grow with” his cuisine. He has spent the past decade as a forager, “chasing flavors and stories” and says that “focusing in on the technique and ideology behind the recipes is more important than creating the same dish over and over in the same manner.”

“Being intuitive in the kitchen allows me to tap into the creative process behind cooking and express who I am,” says Strideron. “Traditionally, intuitive cooking made sense as our ancestors had to rely on what was in season— what they were able to hunt or preserve. These things changed daily but the cuisine remained and while all recipes continue to change, understanding why is the most important part.”

While food traditions are a form of cultural inheritance, the culinary ingenuity that has extended into modern times, has built on the Caribbean’s spirit of resourcefulness and resilience, creating space for healers, high-end chefs as well as Diasporic and foreign interpretations.

Chef Sherri Hillman is not your ordinary chef— in fact, she refers to herself as a cooking gypsy. She has travelled the world delighting clients and audiences with her “back to the earth” perspective on cooking— but she says that when she arrived to Barbados in 1990 and the Cayman Islands, in 2007, her soul found its home.

During her years in the Cayman Islands, Hillman hosted regular farm to table dinners, becoming somewhat of the Tony Robbins of the anti-ultra-processed food movement, evangelizing her guests around the importance of seasonal, local eating and “cooking from scratch.”

“When I cook for someone, I cook with my intuition in the moment, my connection to what is available and with intention to provide the healthiest, most delicious meal possible,” says Hillman. “Food is our connection to life and I feel people have forgotten that. We have bodies that can heal themselves if fed the right food. So few people and doctors share or push that value. It is not even something that is taught in schools.”

And Jamaican Chef, Ben Tsedek knows a thing or two about healing through food.

Tsedek is a Rastafarian raw vegan chef, an organic farmer, a medical qi gong practitioner and an African bio mineral balance practitioner who commutes between the hills of Mandeville Jamaica and his farm in Boca Raton Florida.

“You don’t have to take a life to sustain a life,” says Tsedek, who ascribes to the Yoruba perspective of asé as life force that can be found in the foods we eat. “If I eat a pumpkin, I don’t have to kill the pumpkin plant. My food doesn’t carry a karmic debt.”

The former owner of popular Kingston raw vegan restaurant, Firelight, Tsedek believes in the “power of the sun” to cook his food and stresses that “if people would listen to their bodies and cook accordingly, they would eat in harmony with their genetic predisposition and prevent or cure themselves from ailments.”

Tsedek says that his intuitive process of cooking his prized soups and other dishes aids with cleansing, digestion and regeneration. His favourite ingredients are all found in the context of his natural environment and include pumpkin, green bananas, string beans, okras, amaranth, scallions, thyme and sea moss, the latter of which he says, “naturally fortifies and harmonizes the elements in the pot.”

Stephanie Ramlogan knows this concept all too well. As a Trinidadian residing in New York, she reconnects with home by putting her own spin on familiar dishes, using Diasporic flavours and spices that are available and that “speak” to her.

“I wasn’t taught how to cook, I just inherited my mother’s sweet hand,” she laughs. “My mother is a fantastic chef, and I never saw her follow a recipe. I remember as a child asking her how she remembered all the measurements and she said that she just made them up as she went along.”

Living in the United States, Ramlogan learned to improvise on what she saw her mother doing in her kitchen in Trinidad. Using taste and smell as her barometer, she has become accustomed to substituting American ingredients in her “classic” Trinidadian dishes and has begun to work on a Diaspora-inspired cookbook.

“I have been pulling together recipes for Trinbagonian food that I make in New York— using substitutions,” she explains. “I playfully refer to it as Trini Cooking For People In Foreign, and as an example, for one of the recipes I imagined my mother’s voice telling a 21-year-old me how to make Palau over the phone. The book is intended to be a place where people who love cooking can come to share, laugh and learn. It isn’t intended to just have recipes, but stories too, about Caribbean food and how I have adjusted to living abroad when all I crave is macaroni pie and red bean stew.”

Take bush cooking, for example. Picture it— no controls, no heat settings, no scales, no timers— just fire. And whether it is a pot of corn soup over a flame, featuring a bubbling hodgepodge of coconut milk, corn, pumpkin, scotch bonnet and herbs on the side of the road, or a breadfruit buried in the burning sand as dead leaves crackle in the embers overhead— this is not cooking with your head, but with your heart. And it is ready to eat, not with the buzzing of a timer, but when the chef says so.

The authentic Caribbean palate originated with and continues to be driven by seasons, senses, creativity, migration and survival. Whether the Pepperpot of Guyana, the Ackee and Saltfish of Jamaica, the Oil Down of Trinidad or the variety of whole foods and techniques that were brought to the New World hundreds and thousands of years ago, intuitive cooking is critical to cultural survival and resilience that is being threatened by the mass influx of imported and ultra-processed foods into the region.

Nourishing the body should also nourish the soul.