Is it low and slow or hot and fast in the smoker? 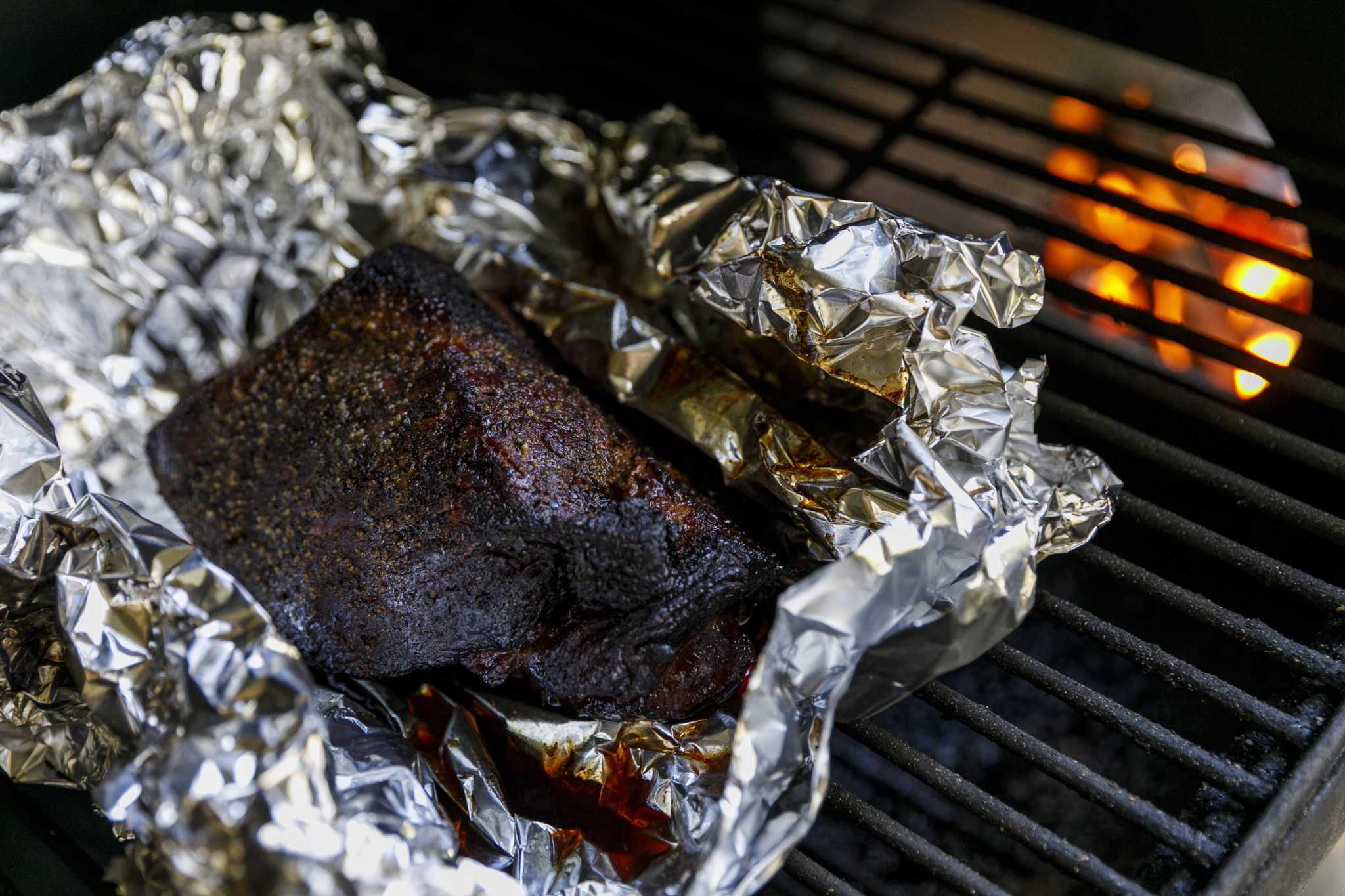 In the world of barbecue, there is perhaps no greater debate than the best way to cook brisket. Hot and fast vs. low and slow: It’s an argument with no right or wrong, just opinions — sort of like the “Star Wars” universe talking about whether Han Solo shot first.

Low-and-slow proponents argue that brisket, a very tough cut of meat, needs time cooking at a low 225 to 250 degrees to break down to the point where it is fork-tender and marvelous. You will often hear of briskets that take 12 or more hours to finish, and I have even heard of 24-hour cooks.

“That’s the way we do it, because I think it optimizes the retaining of the moisture, and there is a little more wiggle room for error,” said Brandon Peterson, owner of San Antonio’s Bandit BBQ in Southtown. “The last thing you want to do is risk cooking up and serving a dry brisket.”

But there is also a new school of thinking that favors briskets cooked fast and hot at temperatures around 300 degrees. Proponents say it saves time and wood, while still delivering a tender, smoky brisket.

Over at Davila’s BBQ in Seguin, pitmaster Adrian Davila’s mesquite-fueled pit hovers between 275 and 300 degrees.

“For us, the key is the placement of the meat closer to the fire for that extra flavor from the wood,” he said.

So here in the Food Shack, I wanted to directly compare the methods myself. I purchased two market-trimmed briskets that were miraculously the same size down to the ounce at 3.05 pounds, and in two separate smokers loaded with pecan wood, one was cooked hot and fast, and the other low and slow. Each brisket was seasoned with equal amounts of salt and pepper, than given a light dusting of one of my favorite barbecue rubs from San Antonio’s Almighty Spices.

Now I know that typically, full briskets weigh 12 to 15 pounds or so, but for the sake of meat prices (currently $6.49 per pound) and these parameters, the stage was set for a fair fight.

Here are the results:

This had a total cook time of about seven hours. A full-size brisket cooked this way would take around 12 to 14 hours.

Positives: Once the brisket was wrapped in foil, it reached the desired 200 degrees almost as quickly as the hot-and-fast method. Even though you can’t taste it, the smoke ring is pretty and the brisket took on a wonderful pink coloring around the rim of the slices.

It was pull-apart tender and made for a great sandwich with beefy goodness that absorbed the pecan flavor so much, you could almost taste the nuts.

On ExpressNews.com: Turn those rib, brisket trimmings into good eats

Also, it’s really hard to beat the margin of error, because it’s really not a big deal if your pit goes down to 200 degrees or so for a spell, unlike the damaging effects of a pit that’s running too hot. It’s like the old joke: Barbers can take the hair off, but they can’t put more on.

Negatives: I’m never really in a rush to finish a cook, but it took two hours to go from 150 degrees to 160 — so long, I could have finished “The Godfather.” But my biggest complaint is that the finished bark was much softer than I prefer.

The total cook time was about five hours. All it took to go from 225 to 300 degrees in the pit was a few more logs. A full-size brisket cooked this way would take around 10 hours.

Positives: The finished product had zero issues with the rendered fat, which was pillow-soft and melted in the mouth the same way it did with the low-and-slow brisket. I also liked the crispier bark that accentuated the flavors of the salt and pepper.

Add in the fact that had I cooked a full-size brisket this way, I would have gotten a lot more sleep, and it adds to the appeal.

Negatives: This is a much more hands-on cook, as the fire demands constant attention to prevent it from burning too hot and drying out the brisket. You have to really know your pit, because all of them circulate heat differently.

There was also a small dip in the smoky flavor, but I didn’t think it was enough to give it too many demerits.

You really can’t go wrong with either style, but give me the high heat by a burnt end for the home cook. I preferred the added fiery flavor and crispier bark.

I would change my verdict, however, if I was cooking multiple briskets, because then I’d want a larger margin of error to retain that moisture and tenderness.