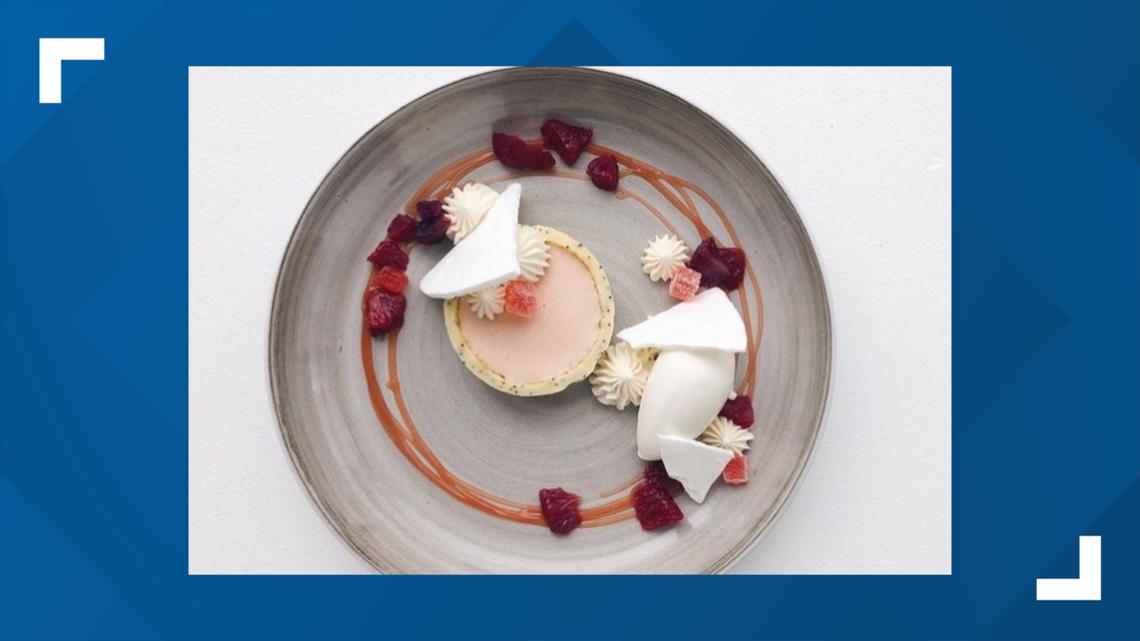 Winners will be announced and celebrated at the James Beard Restaurant and Chef Awards ceremony on Monday, June 13.

WASHINGTON — After a long pandemic hiatus, the James Beard Awards are back to honor restaurants and chefs across the country for their dedication to their delicious craft.

Unsurprisingly, with a food scene full of superstars in the kitchen, 11 different chefs, bars, restaurants and a restaurant group were all acknowledged in D.C. and Arlington on the long list of award semifinalists.

Winners will be announced and celebrated at the James Beard Restaurant and Chef Awards ceremony on Monday, June 13 in Chicago.

Below is a list of all of the restaurant nominations and chef semifinalists from the DMV area… feel free to check them out for yourself to taste why they are getting national recognition.

The Knightsbridge Restaurant Group includes 10 restaurant locations across the District, mostly in the northwest. The majority are Indian, however other cuisines, like French and Italian, are also the focus of some spots. Click here for the full list.

Métier is a small, intimate and high-end restaurant seating only 20 guests and features seven-course, seasonal tasting menus. The fare is described as creative and contemporary American cuisine on their website.

Anju is described on their website as a contemporary Korean restaurant and pub bringing old traditions and new concepts to the District.

The honored chef, Angel Barreto, is described on the website as a talented chef with a foundation in French food and a passion for Asian cuisine. “For Angel Barreto, food has always correlated with happy memories. Wanting to impact people’s most important moments in their lives through food ignited his love for culinary arts,” it reads.

Oyster Oyster describes itself as “a plant-forward restaurant,” that offers seasonal menus, using the ingredients of the present flavor in the mid-Atlantic.

Kinship is a sister-restaurant, located in the same building as Métier and also describes itself as creative and contemporary American cuisine. Kinship features its own à la carte menu, “Celebrating the rich diversity of influences that have come to shape American cuisine.”

The acknowledged pastry chef, Anne Specker, says she has been inspired by living in and traveling to different places around the globe, including Brazil, Spain, France and Stockholm.

José Andrés’ cocktail lab, barmini, “[c]elebrates classic cocktails alongside distinctly modern creations.” The bar’s website says, “Offering a menu of more than 100 libations in addition to experiential flights and inventive snacks, Barmini is DC’s premier cocktail destination. It is a learning center where chefs and bartenders collaborate and where heritage meets innovation.”

Centrolina is known for its seasonal Italian fare such as handmade pasta. “Authentic, regional Italian cooking and seasonal availability is the inspiration for Chef Amy Brandwein’s menu at Centrolina,” the website details.

The only Virginia spot to make the list, Ruthie’s All-Day is said to be a “chill, light-filled, mid-century modern eatery offering homestyle cooking & a robust drink list.” On their website, they specify that everyone is welcome, “With one exception… you have to be RAD.”

Owner Matt Hill graduated from the Culinary Institute of America in Hyde Park, New York in 2000 and has worked at several distinguished restaurants, as well as takes part in several philanthropic events and charitable organizations, according to the website.

Cane is described as a “relaxed eatery offering Caribbean street food favorites & rum-based cocktails in cozy surrounds.” The Michelin Guide, famous for its own restaurant award system, says about the restaurant, “The chef’s experience at some of the top kitchens in DC simply ensures that quality and execution is through the roof.”

The Middle Eastern restaurant is known for its selection of hummus, fish and meat plates, alongside unique cocktails and wine.

“Chef Rafidi takes inspiration from his family’s Palestinian roots, bringing to the table an experience that melds the ancient tradition of the region’s coal-fired cuisine with local, seasonal ingredients and a refined culinary acumen,” the website states.

The James Beard Foundation is a nonprofit organization whose mission is to celebrate, support and elevate the people behind America’s food culture and champion a standard of good food anchored in talent, equity, and sustainability.

WUSA9 is now on Roku and Amazon Fire TVs. Download the apps today for live newscasts and video on demand.

Download the WUSA9 app to get breaking news, weather and important stories at your fingertips.