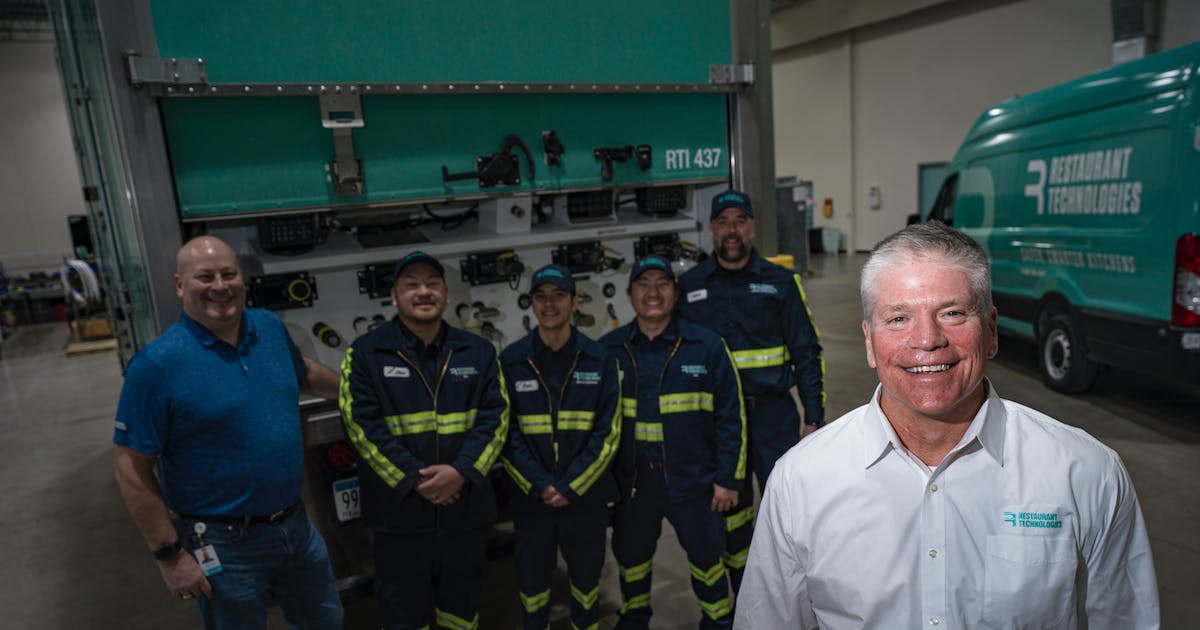 And that’s just the beginning of a growing green economic and environmental journey.

Restaurant Technologies (RTI) filters and monitors online the oil until it’s time to retrieve for sale as a biodiesel-fuel feedstock.

The technology-driven, turnkey approach for RTI resulted in operating earnings, before interest and taxes, growing 25% annually since 2019. Revenue was about $650 million in 2021, rising at a compound annual rate of 11% during the three-year period that included the pandemic.

“Restaurant Technologies has built a foundation to support better, more sustainable business practices,” said Jeff Kiesel, chief executive since 2005. “We’re also beating our numbers. We look forward … to our next stage of growth.”

In February, Goldman Sachs Asset Management, majority owner since 2019, agreed to sell RTI for an unspecified amount to ECP, which focuses on renewable energy and environmental sustainability investments. Continental Grain, which already owns a stake in RTI, and Enlightened Hospitality Investments, affiliated with Danny Meyer’s Union Square Hospitality Group, are also investors in the deal.

It is the fifth time since Kiesel became CEO that a private equity ownership deal was struck.

RTI was once a struggling offshoot of a restaurant. It now employs 1,150 workers in an operation that manages nearly 300 million gallons of oil annually.

The oil is ultimately sold to biofuel refiners that blend it with petroleum for low-emission diesel truck fuel.

The cycle solves a worker-safety and environmental problem that too often ended up in ditches or plugging sewage systems, with a profitable business-driven solution, thanks partly to tax-credit incentives.

RTI also is part of a home-grown renewable-fuels industry that’s growing faster than the petroleum market. And getting noticed.

For example, Chevron, the huge oil and gas giant, is buying Renewable Energy Group of Iowa, RTI’s No. 1 buyer of waste oil, for $3 billion in cash.

RTI’s research indicates that its no-touch delivery and removal process, which uses customized trucks and hoses, ends up a fuel feedstock that emits 86% less of greenhouse gases during refining than petroleum. RTI also has eliminated 4.8 million cubic feet of landfill waste because it doesn’t use containers made of plastic or other materials to distribute its oil.

Increasingly, research shows that companies that do better by employees, other stakeholders and the environment have better long-term financial success.

“We have been extremely impressed by [RTI’s] market leadership in providing kitchen automation solutions, anchored by its proprietary closed-loop oil management systems and extensive network of depots across the United States,” Tyler Reeder, a managing partner of ECP, said in a prepared statement.

About 850 of RTI’s 1,150 workers labor in field operations. Those jobs, including technicians, truck drivers and warehouse laborers, start at $18 to $30 per hour, plus benefits.

Kiesel attributes RTI’s success to an excellent workforce that provides economical service that takes the worries out of handling hot oil for kitchen management.

Alissa Partee, RTI’s chief human resources officer, and Kiesel said RTI’s workforce and managers reflect the growing diversity of the country — and point to it as part of RTI’s recipe for success. About one-third of employees are people of color, and their promotions run at a slightly higher rate.

Turnover is low with up to 85% annual retention of workers. Nearly 40% of new workers come through employee referrals, a high rate.

During the first year of COVID-19, when many restaurants and institutional kitchens shuttered, only 250 RTI field workers were furloughed, some voluntary. Each depot developed employee-customized flexible weekly schedules and RTI paid everybody for 32 hours. The company also coordinated with state unemployment offices to cover the eight-hour difference for many workers who otherwise would have been laid off.