The best restaurants in Philly, according to the James Beard Awards 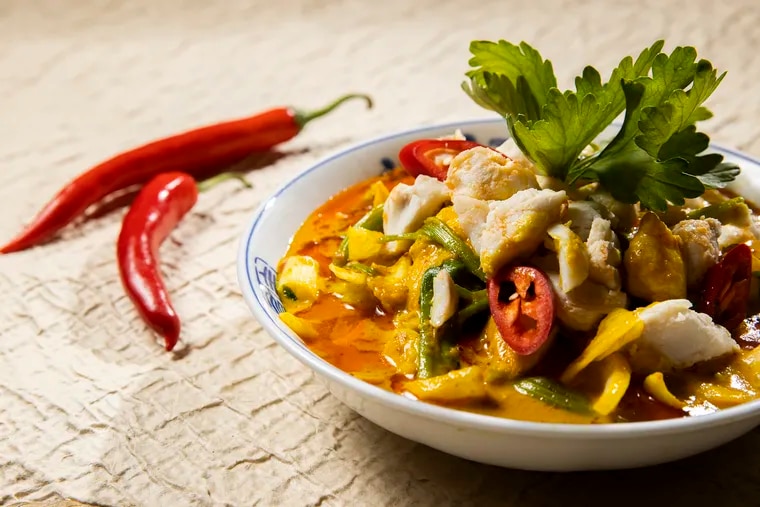 Philadelphia has award-winning restaurants, but, what exactly does award-winning mean? It can mean many things, but one of the industry’s most prestigious honors is the James Beard Awards, whose mission is “to recognize exceptional talent and achievement in the culinary arts, hospitality, media, and broader food system, as well as a demonstrated commitment to racial and gender equity, community, sustainability, and a culture where all can thrive.”

But within Philadelphia, there are many, many restaurants that have been nominated or won a James Beard award over the years, ranging from a beloved roast pork sandwich shop to Israeli fine-dining where you have to work to snag a reservation.

If you go beyond city limits, there are even more nominees and winners, including Zeppoli and Sagami in Collingswood, Andiario in West Chester, Dad’s Hat Pennsylvania Rye Whiskey in Bristol, Corinne’s Place in Camden, and more.

Read all about the 2022 semifinalists (which includes Friday Saturday Sunday and Amanda Shulman of Her Place Supper Club). Also, there were no awards in 2021. Some Inquirer staff members have served on or are part of the James Beard Awards voting body.

Chef Jose Garces is no stranger to James Beard nominations, and he won best chef mid-Atlantic for his Old City Spanish restaurant Amada where a menu of traditional Spanish tapas fills plates and sangria fills cups.

Not many cities can say they have a James Beard-winning spot that serves roast pork sandwiches and cheesesteaks, but Philly can. Its namesake (the roast pork sandwich) remains the signature specialty with thin-sliced meat simmered in a pan of juice served on a bun lined with provolone and spinach.

Osteria has changed hands a number of times, but James Beard-winning chef Jeff Michaud is back at the helm with a full menu of Italian fare like Neapolitan pizzas, handmade pasta, and a surprisingly affordable happy hour every night of the week. Yes, even weekends.

With restaurants like Parc, Morimoto, the Dandelion, El Vez, Barclay Prime, and more, Stephen Starr’s name is synonymous with the Philadelphia dining scene, and there are many opportunities to dine at one of his establishments.

Vernick Food and Drink is the first of James Beard-winning chef Greg Vernick’s collection of Philly restaurants, whose empire has expanded to include a tasting-menu-only spot, a coffee bar, and a fish-focused restaurant. His OG spot is a true Rittenhouse darling with perfect wood-fired food and a smart wine list.

Zahav is the cornerstone restaurant of the CookNSolo restaurant empire, which, when it opened over a decade ago, introduced modern Israeli food to the Philadelphia region. Today, it continues to serve the creamiest hummus, puffiest pita, and its beloved pomegranate lamb shoulder to guests who wait months for their reservation.

On the corner of 18th Street in Rittenhouse Square, a. kitchen + bar is home to a cozy dining space and mighty bar where creative cocktails are met with a wine list of red wines, white wines, orange wines, rosé, and sparkling wines.

Abe Fisher celebrates the food of the Jewish diaspora. Opened and operated by CookNSolo, Abe Fisher is particularly known for its Montreal smoked short ribs.

Husband and wife duo Amanda Eap and Andre Chin start baking early every day to create their flaky croissants, stuffed beignets, and crusty banh mi at their right-off-Passyunk-Avenue bakery. It’s cash only and you can always count on a line of hungry folks ahead of you. It’s worth the wait. Note: The bakery is temporarily closed while the owners face health challenges.

Even after 10-plus years in the spotlight, it can still be hard to get a weekend table at Barbuzzo where the menu centers on the flavors of the Mediterranean and the ever-popular salted caramel budino.

On the bottom floor of the historic Divine Lorraine hotel is Cicala, an Italian restaurant by James Beard-nominated chefs Joe and Angela Cicala (Joe was nominated for best chef mid-Atlantic in 2016 and in 2014-2015 for his work at Le Virtu). The lavish, chandelier-dotted restaurant offers a menu of southern Italian fare like handmade pastas, roasted meats, grilled fish, and more.

Tacos, margaritas, and great happy hour deals are all draws at Jose Garces’ colorful University City spot, which is an ode to the flavors and vibe of Mexico City.

Local ingredients are what’s used at Fishtown’s Elwood BYOB to make comforting yet elevated family-style dishes and appetizers-like rolls served with house-made butter and a cheese board comprised of dairy from nearby farms.

This small corner restaurant at South Hicks and Moore Streets in South Philly is a go-to for folks looking for great Indonesian food.

Chef Amanda Shulman describes her Sansom Street restaurant as “kind of like a dinner party” where she addresses the small room, happily chats with diners, and serves weekly-changing meals (like truffle-topped French onion soup lasagnetta and shrimp Waldorf salad) to each table family-style.

CookNSolo’s Laser Wolf is described as an Israeli “shipudiya” or skewer-house by the chefs where the menu centers on grilled meats, fish, and veggies, in addition to a wide variety of salatim options.

The upstairs wine bar ( located above Good King Tavern) offers visitors a cool, dimly lit spot for a good glass of wine, along with a small menu of items to go with that wine: cheese, charcuterie, olives, and more.

Between its great hoagies and selection of natural wine, craft beer (with a focus on sours), and delightful cocktails made with local spirits, it’s easy to love Kensington bar/restaurant Martha.

Monk’s owner Tom Peters has long been recognized for his influential role in the city (and country’s) craft beer scene — his Center City restaurant even has its own private label beer called Monk’s Cafe Flemish Sour Ale.

Between the color-changing tables and walls, and a menu of sushi, omakase, and more by iron chef Masaharu Morimoto, it’s easy to see why this Japanese restaurant has remained a favorite for locals and visitors for 20 years.

🏆 Jonathan McDonald, semifinalist for rising star chef of the year, 2009

The indoor-outdoor Graduate Hospital restaurant is popular for its burger, in particular, along with its menu of approachable food and drinks that one would hope to have at their corner neighborhood bar.

There are two parts of Royal Sushi & Izakaya: the eight-seat sushi bar where a prix fixe omakase menu is served and a multiroom restaurant with a pay-as-you-go menu of sushi, Japanese small plates, sake and more.

The brownies made by sisters Rhonda Saltzman and Mercedes Brooks at Second Daughter Baking Co. are, a Philly must-try. But the bakers create much more, like flower-decorated cakes, Nutella-brownie tarts, hand pies, and more out of the Bok building.

There are lots of local beers and natural wines available at the Northern Liberties favorite Standard Tap, along with a full menu of sandwiches, salads, fresh oysters, and more.

Chef Cristina Martínez is a leader in the food scene and an advocate for social justice — she advocates for undocumented workers, among other groups. At her South Ninth Street restaurant, find slow-roasted lamb barbacoa tacos until they sell out (and, oh, they do sell out).

Everything at Suraya is good: the mezza, kebabs, spice-rubbed meats, and grilled fish, but the James Beard Foundation recognized the baked goods when they named pastry chef James Matty a semifinalist for outstanding pastry chef in 2019.

Located within the historic Bookbinder’s Building, The Olde Bar serves lots of old-school charm along with a menu that focuses on fresh seafood. Visit for the decadent raw bar, raw bar tower, and Wednesday-through-Sunday happy hour..

Bruschetta, toasts, salads, sandwiches, and charcuterie boards are all on the menu at these two Center City bars, but the draw at Tria is, and has always been, the wine. Wines are placed in easy-to-imagine categories like zippy whites, smooth whites, lighthearted reds, and bold reds with descriptions that give a good read on what’s in the glass, like a champagne that’s described as “brutally dry and brutally good.”

There have been a few iterations of Townsend since it nabbed this nomination, but the delightful French restaurant is back on East Passyunk Avenue with French staples like foie gras, escargots, a rotating braised meat, and a bar program that has more than a few fans.

Opening the door to Tinto, Jose Garces’ Rittenhouse restaurant, is like stepping into a Spanish wine cellar where there’s a menu of Basque region wines and a menu of tapas to boot.

It’s all veggie everything at Vedge, a standby vegan restaurant in Center City. The menu rotates to match the produce and flavors available each season, but expect past favorites like the wood-fired carrot served with a black garlic glaze, stuffed avocado with a romesco sauce, and pastrami-spiced grilled broccoli.

Right by the Headhouse Shambles is Xochitl, where a menu of modern Mexican food is available, along with happy hour Tuesday through Friday where margaritas and wine are $6 a glass and beer is half-off.