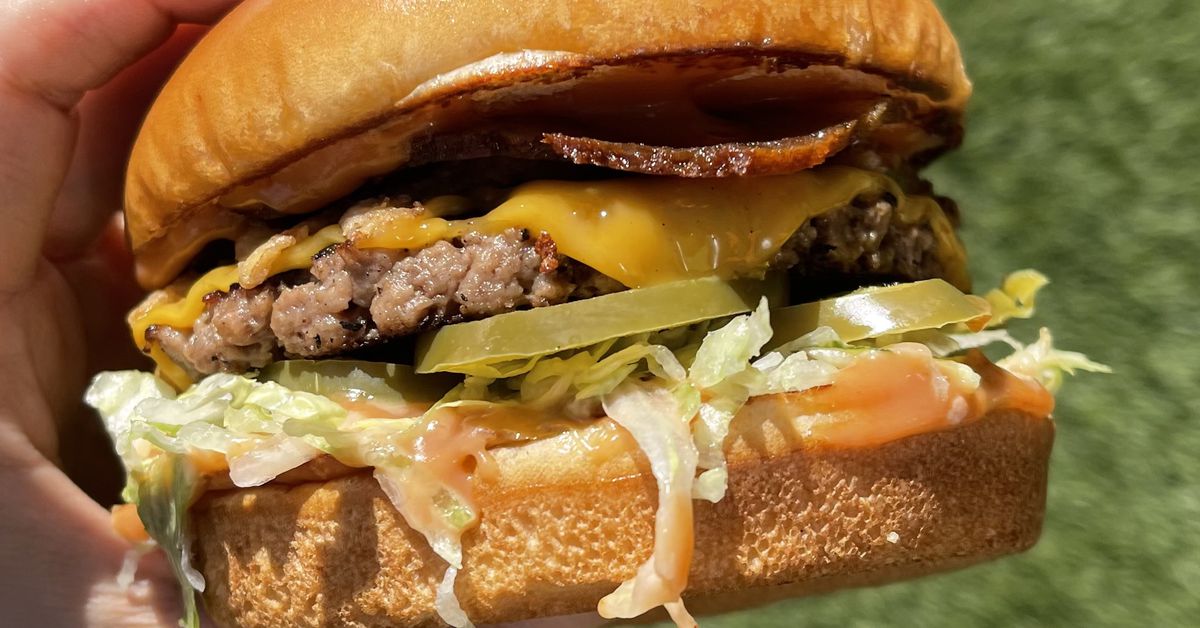 Summer was packed with exciting restaurant openings in the Twin Cities — and fall 2022 promises even more to look forward to. Minnesota’s sunny season brought legendary egg rolls and traditional Vietnamese Cuisine to St. Paul at Em Que Viet; a neighborhood bar resurrection in the form of Little Tijuana; Latin American cuisine and a dose of magical realism to the shores of Lake Minnetonka at Macanda; and many more. There were significant closings, too. David Fong’s, an institution of Chinese-American cuisine in Bloomington, announced it would close its doors after a 64-year run. Bar Brava twilighted its full-service menu, and Pie & Mighty sold one last coconut cream on Chicago Avenue.

This fall, new restaurants abound. Even as we wave farewell to summer and look ahead to another ferocious winter, the vibrant Twin Cities restaurant scene continues to grow. As the leaves turn, look for vegan burgers in Northeast; banh mi in the iconic 38th Street snack shack in south Minneapolis; hotdish specials in East Grand forks; pork belly ssam on Nicollet Avenue; and more. These are the most exciting restaurant openings of fall 2022.

Great news for south Minneapolis: A year-round banh mi restaurant is setting up shop in the iconic, red-and-white snack shack at 38th Street and Longfellow Avenue. Hilda Tov, owner and stylist of local hair salon Hilda’s Hair Hut, bought the snack shack with her sons Dylan, Dyon, and Dustin this summer. The 280-square-foot shop was previously home to Milkjam Creamery’s summer outpost, Lil’ Jam — Racket reports that the building itself dates to 1951. With D’s moving in, expect a robust banh mi menu with plenty of vegan options, like deep-fried curry tofu, salt-and-pepper tofu, and mock duck, and gluten-free alternatives to the Vietnamese-French baguettes. There’ll be sticky rice and noodle bowls, too. Tov and her sons are expanding the tiny kitchen and building a heated outdoor patio for year-round dining. “We love south Minneapolis,” says Tov. “We’ve been here 24 years. The people around this neighborhood are so supportive of small businesses. It’s such a great, diverse neighborhood. We didn’t want to go anywhere else.”

Chef Jamie Yoo has expanded Abang Yoli, his popular Southeast and East Asian food stall at the Market at Malcolm Yards, to the old Boludo space on Nicollet Avenue. Yoo, a Bellecour veteran, serves a very popular fried chicken sandwich — its tangy, house-pickled vegetables are an ideal foil to the heavier fried chicken breast, and the fresh-made buns from Vikings & Goddesses pastry lend an irresistible creaminess. But he emphasizes that the new restaurant is so much more than a fried chicken spot. “We combined some Southeast and East Asian cuisine with French technique, so there’s a lot of diversity,” says Yoo. The ssam menu, especially, has expanded, adding pork belly, marinated grilled tofu, and bulgogi-marinated short rib. The space is small, so Abang Yoli is starting with a takeout menu, with indoor space to dine by winter.

A new vegan burger spot is coming to the former Sen Yai Sen Lek and Dipped & Debris space in Northeast Minneapolis. The team behind Francis — Lindsey Johnston, Garrett Born, and Brendan Viele — started out as Sociable Ciderwerks’ resident food truck in September 2021, but soon started itching for a bigger space. The new restaurant’s menu will be similar to that of the food truck (think Impossible burgers and bean burgers, chicken sandwiches and nuggets made with a seitan-tofu blend that’s breaded and fried, and crispy french fries) but it’ll also have a full bar, a curated cocktail menu, and vegan milkshakes and malts (both boozy and nonalcoholic). “We’re most excited about being a permanent fixture in Northeast,” says Johnston. “We really want to be a neighborhood bar and restaurant first, versus a plant-based restaurant.” The Francis team is still fine-tuning the restaurant’s aesthetic, but expect a retro vibe and neon accents.

Coming soon to North Minneapolis: Tap In, a new restaurant, craft cocktail bar, and community space. The team behind Tap In — developer Chris Webley of real estate collective New Rules, restaurant design lead Sophie Weber, and a larger crew of designers, architects, and community members — are transforming a former Lowry Avenue gas station into a lush, earth-themed space for food and cocktails, music residencies, and socializing. They’re working closely with Crystal-based restaurant Milton’s on the food: The menu will mirror Milton’s casual American fare (think barbecue rib nachos, caprese sandwiches, and California clubs) and feature some added vegan and vegetarian dishes. There’ll be a cocktail bar, too, anchored by a “tree of life” driftwood sculpture, plenty of greenery, and an outdoor plaza for music performances. Take a 3-D tour here, and look for an October opening.

Brian and Sarah Ingram’s Duluth outpost of the Apostle Supper Club is already open in the iconic rotating space atop the Radisson Hotel. By mid or late September, the St. Paul location will be too. The Apostle takes its cues from Palm Springs supper clubs of the 1960s — the St. Paul menu isn’t available yet, but the Duluth menu highlights decadent mid-century fare like the “Yabba Dabba Doo” (chicken-fried lobsters, shrimp scampi O’s, and a hefty bone-in short rib) cheese fondue, and chilled crab claws and prawns. The cocktail menu also has a heavy ‘60s influence, from grasshoppers to espresso martinis. There’ll be a piano bar and retro lounge, too.

Chef Imani Jackson’s “Blewish” menu, which marries Black and Jewish food traditions, is expanding from a catering service. This fall, Chopped & Served will begin to offer take-out and take-and-bake food out of the former Dragon Wok space at George Floyd Square, which it also uses as a commissary kitchen. The menu will feature everything from quinoa bowls, loaded hummus, collard greens, and juices to Hoppin’ John salads made with black-eyed peas and candied yams. Food sovereignty and accessibility are central to Jackson’s mission at Chopped & Served — she’s setting it up more as a community kitchen than a sit-down restaurant. “I want to be able to provide for the community, and make it accessible for all different people,” says Jackson. “With the take-n-bake and the grab-and- go, you’ll be able to get what you need, to bring it home and heat it up or have it for a later date.” Chopped & Served will launch with a few pop-ups starting October 1, and then transition into the take-and-bake format.

Chef Sharon Richards-Noel grew up on the island of Trinidad and moved to Minnesota in 1982, where she first opened West Indies Soul Food as a food truck. The restaurant also operates a popular stand at the State Fair’s International Bazaar, but a permanent space is in the works on University Avenue in St. Paul. A menu isn’t available yet, but it’s a fair bet to expect some of the same highlights of West Indies Soul Food’s catering menu, from red snapper with rice and peas to curry chicken, beef, and goat. Richards-Noel started a GoFundMe to help fundraise for the new spot over the winter; the fundraiser is still open.

A new, locally-led food hall is in the works on Eat Street. Helmed by John Ng and Lina Goh of Zen Box Izakaya, Gabriella Grant-Spangler and Ben Spangler of Bebe Zito, and beverage director Trish Gavin (formerly of Khâluna, Lat14, and Lemongrass) Eat Street Crossing will open in the former Old Arizona Studios on Nicollet Avenue. Instead of bringing all new vendors in, the ESC team will run the food hall’s six food stalls themselves, with the exception of bubble tea vendor Chatime. Zen Box Izakaya will operate two stalls (plans for these are still under wraps), and Bebe Zito will be slinging old favorites like burgers, fried chicken dishes, and ice cream. But there’s a whole new culinary scheme in the works, too, which Grant-Spangler hints is related to her Brazilian heritage. Gavin will lead the bar, pouring everything from Negronis to a riff on Hawaiian shaved ice. There’ll be nonalcoholic drinks served on tap, too, and cocktails with natural sugar alternatives.

Food Network star Molly Yeh’s new restaurant in East Grand Forks is inching closer to opening. Bernie’s, named for Yeh’s first daughter, will have three separate areas: Bernie’s Farmhouse, a full-service restaurant, Bernie’s Cafe, an all-day cafe, and Bernie’s Market, a retail space for pantry items, cookbooks, and other wares. The menu is rooted in Midwest and Scandinavian food traditions — think rotating hotdishes, roast chicken with potatoes and carrots, and hand-rolled lefse for brunch. Bernie’s cafe will focus on grab-and-go items like open-faced sandwiches of smoked whitefish, salmon, ham, and egg salad, and knoephla soup, a creamy German dish. Bernie’s is taking over a historic art deco building on the banks of the Red River, with more than 160 indoor seats and another 60 on the patio. An opening date hasn’t been announced yet, but expect sometime this fall.

Sep 26, 2022 Taba
We use cookies on our website to give you the most relevant experience by remembering your preferences and repeat visits. By clicking “Accept All”, you consent to the use of ALL the cookies. However, you may visit "Cookie Settings" to provide a controlled consent.
Cookie SettingsAccept All
Manage consent